Battle Of The Mind 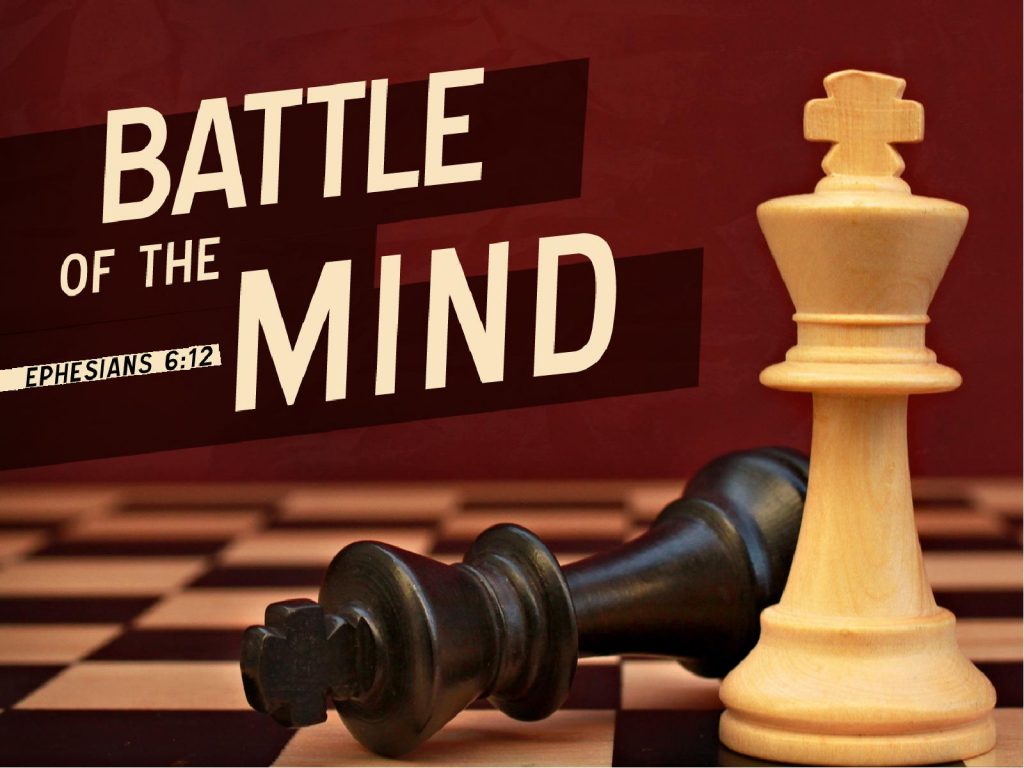 I was reminded this week of a board game I use to play called battleships. You have two armies of ships and each army has to guess, using co-ordinates, where their opponents are to destroy them. I never liked having to destroy the other army, but it was the only way to win the game. It hit me that our lives are the same.

We have an enemy who wants to destroy us, “Be self-controlled and alert. Your enemy the devil prowls around like a roaring lion looking for someone to devour.” 1 Peter 5:8. The biggest battle ground is in our mind. The thoughts we have can change our way of living, defeated or victorious! We can sink in them to the point of being a prisoner of negativity or we can swim through to the positive words of our God for strength, “We demolish arguments and every pretension that sets itself up against the knowledge of God, and we take captive every thought to make it obedient to Christ.” 2 Cor 10:5.

Sink or swim? Winning or losing? Which would you rather? I’m sure we all want the positive, right? but do we see the ploys of our enemy to try and hold us back from achieving the victory? If we don’t stay focused on Jesus and His stratergies we leave ourselves open for defeat. As in the board game, whether we like it or not, we have to be strong (in Christ) so the win can take place each and every day of our lives. I may not have liked destroying my opponent in the game, but I love it that Jesus has already won by defeating the devil for me!!